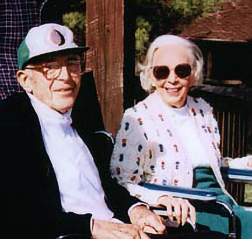 The Aurora Conservation Council (A.C.C.) was founded in 1991 and has been sponsoring nature programs and activities at the present location since 2000 with the support of Rotary of Aurora.  The council was instrumental in the passage of a levy that raised $6.5 million for the preservation of open space in Aurora, for purposes of conservation and passive recreation, and to hold development in check.  The A.C.C. also helped initiate recycling in Aurora.

The City of Aurora purchased the 44 acre property on E. Mennonite Road, just East of Sunny Lake, in 1998 and named it the Moebius Nature Center in honor of Arthur and Ruth Moebius, long-time residents of Aurora, who were deeply involved in environmental conservation.  Art was an founding member of A.C.C. 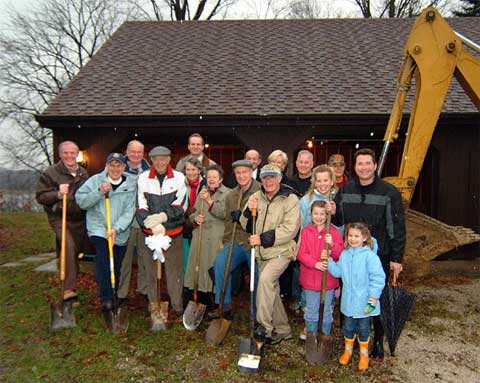 In 2003, A.C.C. entered into an agreement with the city to renovate the three-car garage on the property into what is today our main building.  The renovation added bathrooms, a small kitchen, storage, and preserved the greenhouse which would have otherwise been discarded.  A fund-raising campaign was begun, plans were drawn up, and the project was completed in the spring of 2006.

The entire enterprise was privately funded with work done by licensed contractors, using environmentally-friendly materials, and complying to city code.

For more information about our green building practices click here.

The Aurora Garden Club did much of the original landscaping.

A picnic pavilion was added in 2008 and a barn on the premises was renovated in 2019 adding much needed storage and activity space.  Storage sheds have also been added.

Local scouts have have improved the Center with the addition of: